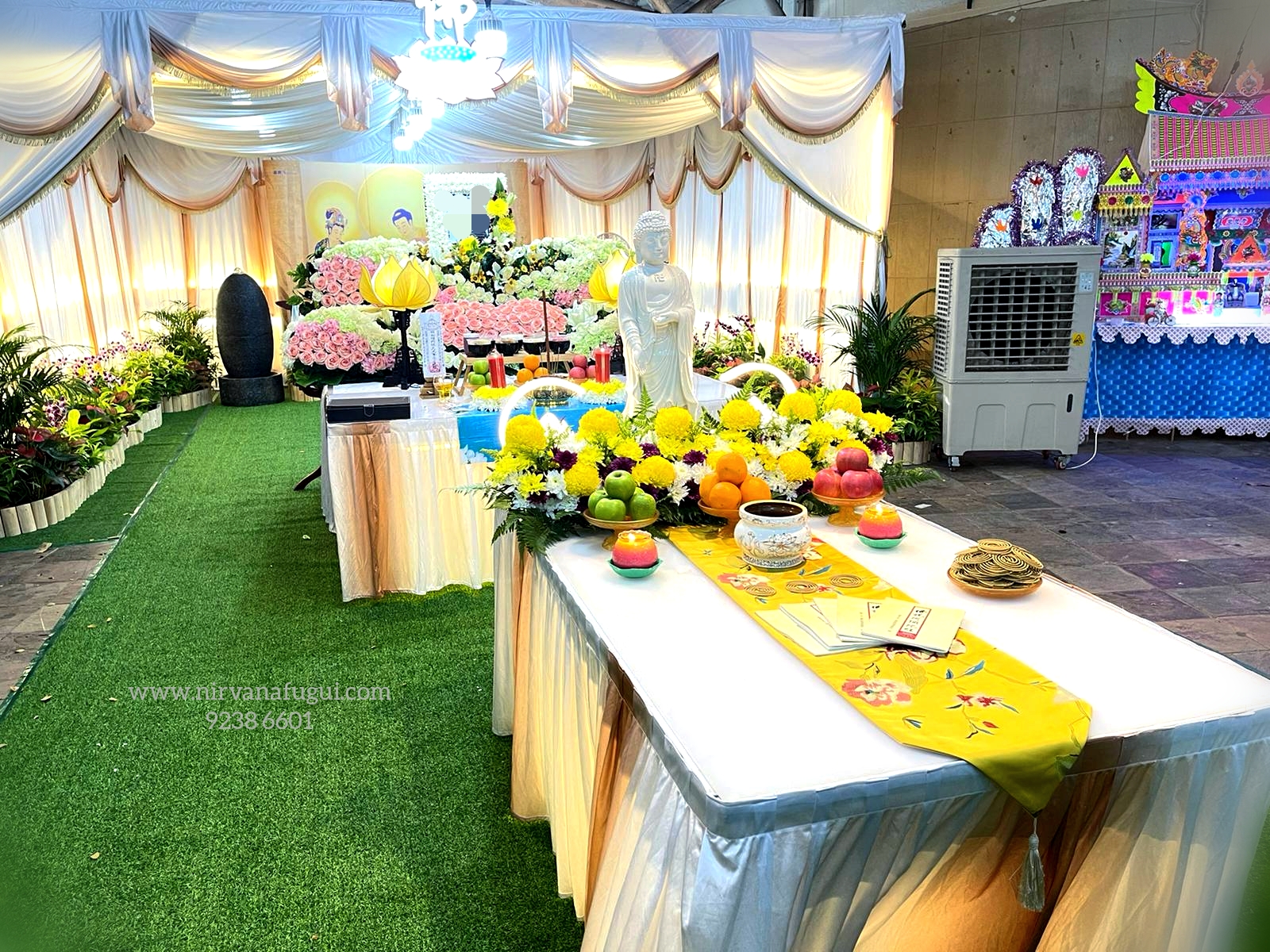 In Singapore, the two common types of Chinese funerals are the Buddhist funeral and the Taoist funeral. In this article, we are going to touch on the differences between them; and what are the similarities too.

Buddhism and Taoism have a somewhat co-existent relationship as they have influence over one and another over thousands of years. This is shown as the adoption of Buddhist deities such as Guan Yu, Ksitigarbha Bodhisattva, (地藏王), or Guan Yin; into Taoism doctrines. In the perspective of afterlife, a common deity is Yanluo Wang (阎罗王) who serves as the fifth judge from Taoism’s ten courts of hell; he is equivalent to the Buddhist Yama (燕王). For Taoism, it also includes the influences of Confucianism in its doctrine.

Let’s check out the differences between a Buddhist funeral and a Taoist funeral.

Samsara and the Concept of Afterlife

The concept of afterlife in Buddhism and Taoism are somewhat similar but different. Both believe in the cycle of life, death, and rebirth. In Buddhism, we call this ‘samsara’; while in Taoism, it is known as the Tao process (轮回).

In Buddhist perspective, when an individual passes away, he or she will be reborn into a next life. The fate of his or her next life will largely depend on karma. Karma refers to the deeds or sins of an individual. If the karma is too negative, the next life will not be smooth sailing. If the karma is positive in which the individual has done many good deeds in his or her present life; then he or she will enjoy a better and wealthier next life. To break the cycle of samsara, one needs to attain enlightenment or Nirvana. This will require an accumulation of good karma over several life cycles of the individual.

In Taoism perspective, when one person dies, he or she will be ushered by the black and white ghost known as Heibai Wuchang (黑白无常) to the Ten Courts of Hell which is guarded by Ox-Head and Horse Face (牛头马面). The individual will then be presented in front of King Qin of the First Court. In this stage, the deeds and sins of the individual will be read out. If the good deeds exceed the sins, the individual will then be sent to the Golden Bridge or Silver Bridge to reach paradise and awaiting their rebirth. While those who have too many sins than deeds, will be sent to the Mirror of Retribution before sending to the other nine courts of hell, where one will be persecuted and punished for its sins. An individual with too many past sins may be punished severely and he or she may be reborn into a less fortunate family, or reborn into an animal or insect.

Hence, the difference in both Buddhist and Taoist afterlife concept is that Taoism is more like modern day courts, whereas Buddhism follows a simple philosophy of karma and transcending into the afterlife.

Scriptures and Chants During Buddhist Funeral or Taoist Funeral Rites

By understanding this concept, you will then understand the difference between the scriptures and chants that are presided by the Buddhist priest or Taoist leader during the funeral rites.

In Buddhist funeral rites, the scripture is about decreasing the effects of bad karma, emphasizing on the good karma of the individual, and chants for the deceased to be reborn into a better life or be enlightened into the state of Nirvana.

During the funeral rite, the family members will follow the Buddhist priest as he presides the funeral. They do not need to chant but need to follow the presiding priest’s instruction, such as standing, sitting, bowing, and walking around the casket.

In a Taoism funeral rite, the prayers are about helping the deceased to repent its sins and for the judges to have mercy and pardon.

However, in both practices, the key factor is still to ensure or facilitate a smooth journey for the deceased, from death to reincarnation; as well as giving them a better next life. The prayers are also needed to enhance protection from evil spirits. In both practices, burning of offering such as joss paper is also commonly seen during the funeral rite.

In terms of expressing grief at the funerals, a Taoist custom allows individuals to mourn or cry as loud or expressive as they can, until the casket is nailed shut at the funeral possession day. This is to express filial piety and respect to the deceased. For Buddhist funerals, the process of grief is generally less expressive and more subdued in the sense. During funeral possession day, the family and friends will gather around the casket to see the deceased and say words of gratitude to them for one last time.

Both Buddhist and Taoist believe in the 49 days of mourning period. During these 49 days, a priest or Taoist leader needs to recite the prayers on the 7th, 14th, 21st, 28th, 35th, 42nd and 49th day after the death of the deceased. The 49-days mourning period is known as Ji-Ling (祭灵). The purpose of having this mourning period is to send prayers to protect and guide the deceased on his or her journey into the next life.

Filial piety and respect to the deceased are often the main characteristics for any Buddhist or Taoist funerals. Children of the deceased are to observe and practise a longer mourning period (100 days) for their deceased parents. It is also a tradition to teach our children or grandchildren to be kind in our present lives and to always pay respect to our ancestors.

In closing, though a Buddhist funeral may be different than a Taoist funeral in certain ways, their key similarities are still about respect and filial piety.

Find out more about our Buddhist Funeral services here.

At Nirvana, we provide a dignified final resting place for the dearly departed. On top of that, we provide quality and detailed Buddhist funeral services to send-off the departed with utmost respect, on their journey to Nirvana.