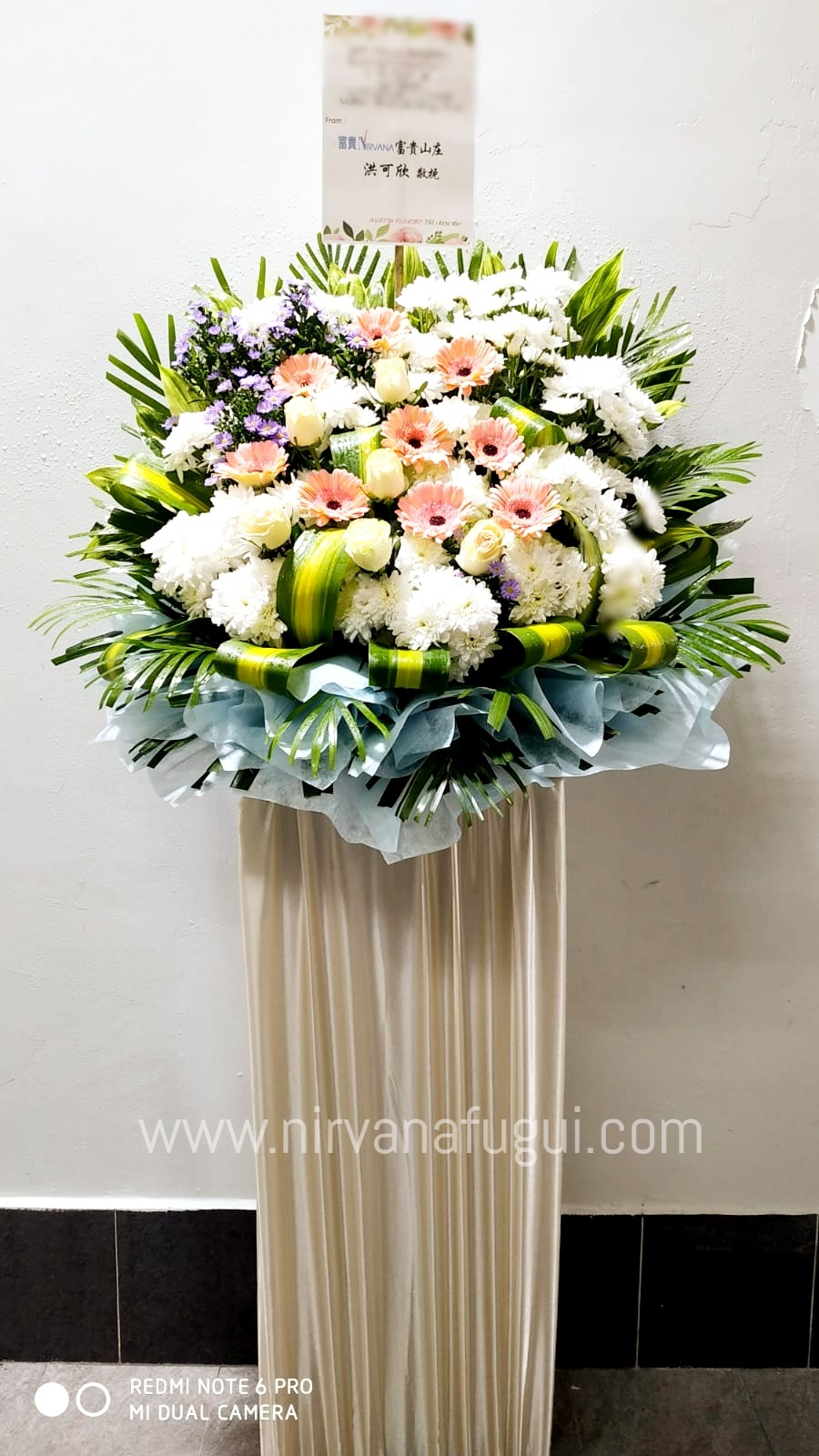 If this is your first time attending a Buddhist funeral wake in Singapore, you will realise that gifts and donations are common practices to express your sympathy and condolences to the deceased family; or to honour and respect the newly departed.

Here are some of the gifts and donations that you might see at a Buddhist Funeral.

Monetary gifts also known as ‘pek kim’ or ‘bai jin’, is a common tradition in not only Buddhist funerals but also in most chinese funerals. Usually, the money is kept inside a white envelope. This contrasts with the red packets that are given during Chinese New Year. For red, it means celebration in Chinese customs; and white represents grief and mourning.

You will then hand the white envelope to the family member of the deceased who is tending the donation box. The family member will then record your name as well as the amount of donation in a record book. For some families, they will keep the record book. So that in the future, when one of the relatives passes away, they will ‘return’ the same or more amount of the donation they had received from the relative.  This practice is called ‘hui’ (回).

If you do not have a white envelope, it is okay too. Just put the condolence money into the donation box. Do keep a look out for the donation box as it is usually placed at an obscure part of the funeral annex. The donation box must not be placed at the funeral entrance nor at the coffin area, because placing there may reflect a bad image on the family. Another reason is that it will not put pressure on the guests such that they must donate the moment they step into the funeral.

Donation is not compulsory especially if the guest has financial difficulties. The most important thing is to show your respect and concern, by being there at the funeral.

The reason why condolence money is a very common practice in Singapore is because the money can be used to help the family to offset the costs incurred for the funeral. In Buddhist practice, it is essential to do so, as helping others tide over their financial situations, is the way of Buddhist compassion.

In terms of how much to give, it largely depends on your own assessment of the deceased family financial situation, your closeness to the family, and your own financial situation. However, it is advisable to donate in odd numbered amounts like $30, $50, $90, $100 etc; instead of even numbered amounts (always based on the first digit). It is because even numbers are considered auspicious while odd numbers are not.

Sometimes, there may be occasions when the family members refuse to accept monetary gifts, or they will indicate that the donation will go to a charity in the name of the deceased. In this case, you can consider giving non-monetary gifts like a flower wreath, condolence baskets, or put up an obituary ad to honour the deceased.

Sympathy flowers are also commonly accepted gifts for Buddhist funeral in Singapore. It is usually a practice among companies of the deceased’s family members to show their support to their colleagues during the time of grief. Another significance of flower wreath is to show respect for the departed.

When choosing a flower gift, you need to be selective on the following factors.

Firstly, in terms of colours, go with white or yellow. White colour symbolises purity and grief. While yellow is the colour of enlightenment in Buddhist perspective. If you are choosing a bunch of flowers with different colours, you can go with a pale colour palette. Never ever choose bright red or any colour that is deemed auspicious because a funeral is not an auspicious event.

Secondly, the types of flowers commonly seen in Buddhist funerals in Singapore are chrysanthemum flowers, tuberose, snapdragon yellow, white lilies, white rose, white chrysanthemum, and yellow phoenix. Though lotus is a significant flower in Buddhism, as it symbolises cause (seed) and effect (flower), it is rare to see lotus flower wreath in Singapore due to the difficulty in obtaining it.

Thirdly, is the flower arrangement. For flower arrangement wise, it usually comes with a standing platform or A-frame so that the flowers can be easily displayed around the funeral annex. Recently there are also LED flower wreath platforms which light up at night; thus, giving the atmosphere a highlighted accent.

Though not commonly seen in most Buddhist funerals, these condolences gifts are also considered acceptable. So long your gifts have the meaning of showing respect, solace, and support to the family members of the deceased, they are fine. Here are some of the examples.

Food warms the heart and soul of the tired and the grieving family member. It is a simple gesture to show your care and concern for their well-being. This is especially so when the family member(s) have been ‘guarding the night’ (守夜).

Combining with western concepts, condolences baskets are starting to become popular today as well. The gift items in the baskets usually have the meaning of bringing comfort, health and energy replenishment to the grieving family members. Example of such items are chicken essence, bird nest, fruit, relaxing tea, and memory keepsakes.

This was sometimes seen when a famous person, celebrity, entrepreneur passes; other companies or individuals may put up a full or half page obituary advertisement to show their deepest respect, memory and honour for the deceased.

You can also donate to a local charity or hospital in the name(s) of the deceased. This again, is to give them the greatest honour and remembrance. By giving back to charity in honour of the departed, it is an act of compassion in Buddhism’s perspectives.

When or When Not to Deliver the Gifts?

The best time to deliver the condolences gifts is to do it during the funeral wake. Hence, you will need to make sure that the supplier can produce and deliver the gifts as soon as possible. It is also not advisable to give gifts (including bai jin) during the funeral possession day, when the casket is being transferred to the crematorium.

In summary, hope you have a better idea on the gifts and donations to the deceased’s family at a Buddhist funeral.

Nirvana is one of the largest columbaria in Singapore today. It provides exclusive facilities and a conducive environment for family members to pay respect for their departed loved ones. It also provides quality Buddhist funeral services in Singapore.