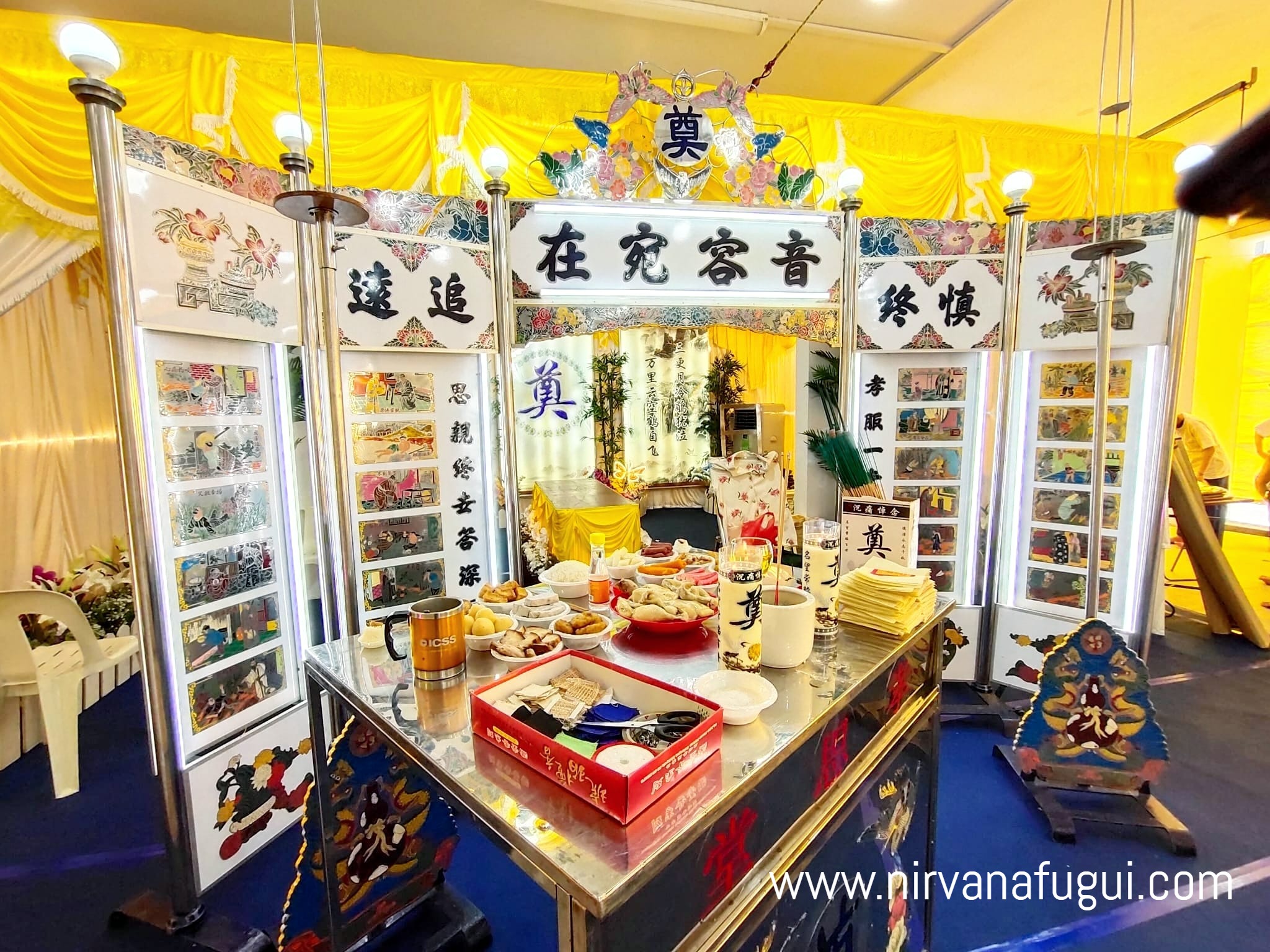 Taoist funerals are often the most elaborated than other funeral practices in Singapore. Other than prayers to ensure the deceased a smooth reincarnation journey, some rituals or items need to be practiced.

Taoism is founded by philosopher Lao Tze somewhere between AD 25 and 220 AD. “Tao” simply means ‘the way. It was simply a religion about educating people on the way of living a good life and being kind to one’s family, parents, society, and the elderly. Hence, when you visit a Taoist funeral wake and observe the rituals, you are actually observing a 2000-years-old customs.

Why Do Some Taoist Funerals Not Look Similar to One Another?

If you have visited several Taoist funerals, you may realise that some are not that similar in setup, prayer rituals, deities, and funeral procession practices. One reason for such a considerable variation is mainly because of the different Chinese dialects. Even among the same dialect group, Taoist funeral practices can also vary. It is probably because of the different types of Taoist deities the deceased family members have been worshipping, modernisation (as the younger generation may simplify some practices to make them more suitable for their generations). Different Taoist temples may also have their set of practices and the wishes of the family (some may prefer a simple funeral setting while others may want an extravagant one).

Moreover, you cannot find any research material or article on Google that specifically indicates the different types of Taoist funerals based on the Chinese customs or the five main Chinese dialect groups, namely Hokkien, Teochew, Hakka, Hainanese, and Cantonese. What we can find out during the research is that when Taoism spread across the different provinces in China, the people began to adopt Taoism based on their local cultures, deities, and beliefs. For example, the Taoists from the South China region (Guangxi, Hainan) and Taiwan worship the Monkey God, Ma Zu (Goddess of the Sea), and San Tai Zi. Therefore, you may see that in some Hainanese funeral traditions, there is a San Tai Zi dance ritual performance. Whereas in Teochew, where agricultural fields dominate the provinces of Chaozhou, the practice of placing stacks of rice, livestock, and fruit (signalling a harvest in life that the deceased had lived a good life) near the coffin.

However, as society advances, and the thousands-years old funeral practices among the dialect groups are not carried forward to the next generations faithfully, one would often see a Taoist funeral with a combination of different dialect customs. At the end of the day, putting the specifics, all it matters is still about paying respect to the dearly departed and giving them a proper send-off with Taoist practices.

Hence, this article will explore the similarities you may expect from a Taoist funeral.

Head of Family Make the Decision and Leading the Ritual

It is typically an old Chinese custom called 男尊女卑 where men preferred sons over daughters. However, as we live in a modern society where men and women are equal, some families may request the eldest daughter to take the lead if she is the eldest sibling.

According to Taoist practices, the family must cover the deities’ statues in the house with a red cloth when an individual passes on. It is to prevent the deities from seeing ‘death.’ Moreover, the red cloth or banner is to be hung on the entrance area, signifying the family member’s passing.

After the deceased body has been embalmed or cleansed, they will be dressed up in their best attire. Red colour attire is to be prevented. The elderly deceased with many children and grandchildren will usually be dressed in a traditional ‘longevity costume’ 寿衣. It symbolises that the deceased had lived a long and good life. Some Hokkien Taoists will also perform a purification ritual to purchase blessed water from Earth Deity using the joss paper. The embalmers will also place a pearl on their mouths to protect the body on their journey into the afterlife.

The Altar at the Funeral

Depending on the dialect group, the altar setup will differ slightly. However, some things that may remain the same are the wreath-framed photo, the food offering, and the candles and joss sticks area for people to pay their last respect to the deceased. The candles (or lamps) or joss sticks need to be constantly lighted so that the deceased can find his way into the afterlife.

The senior Taoist priests will lead the prayers during the final night of the Taoist funeral. The chants will usually be in the dialect group of the deceased. Like Buddhists, Taoists believe that the soul will have 49 days on its path to reincarnation immediately after death. During these 49 days, the ‘court officials’ will judge the soul on the deeds (and sins) they have conducted in the present life and how would their next life be.

Hence, the prayer ceremony ensures that the ‘court officials’ make the best decision. While praying, the priest will lead the family members on a walking path. Some will throw paper money during the march. The march signifies the soul’s guiding, and throwing the paper money is to ‘bribe’ the officials into giving the deceased a good afterlife. The Teochew funeral will also involve crossing a bridge.

After the last night’s rituals, the Taoist priest will lead the family members into burning the effigies. The effigies include monies, properties, vehicles, servants, and even modern equipment such as smartphones. It is because the Taoists believe that by burning the effigies, we are actually giving them the things for them to use in the ‘afterlife.’

It is also known as the ‘Last Journey’ ritual, where the coffin will be sealed and sent to the crematorium. Depending on the advice of the Taoist priest or the different schools of thought, some prefer a morning send-off, while some may prefer an afternoon send-off. For the latter, loud music performances, dances, and more elaborated prayer ceremonies are carried out during the funeral procession.

Once the coffin is inside the hearse, some families may request a more extended walk because they believe the more prolonged the walk, the better the deceased will find their way home on the 7th day (头七). After the send-off, the attendees may sprinkle themselves with pomegranate flower water to cleanse themselves.

In summary, though it may seem somewhat overwhelming or confusing when we see the different types of customs within a Taoist funeral, the main takeaway or fundamental one can learn from the funeral practice is respect for the dearly departed. I hope this article will expand your understanding of Taoist funeral services in Singapore!

Nirvana Singapore is a modern private columbarium complex with state-of-the-art facilities and a conducive environment for ancestor worshippers. On top of that, it is also one of the most prominent funeral service providers in Southeast Asia. Learn more about Nirvana Singapore today